Call and speak to our sales team in the office today!

During the lead up to this weekend's #Treble99 Reunion game between Manchester United & Bayern Munich, legendary 'keeper Peter Schmeichel posed with the three trophies won in 1999. 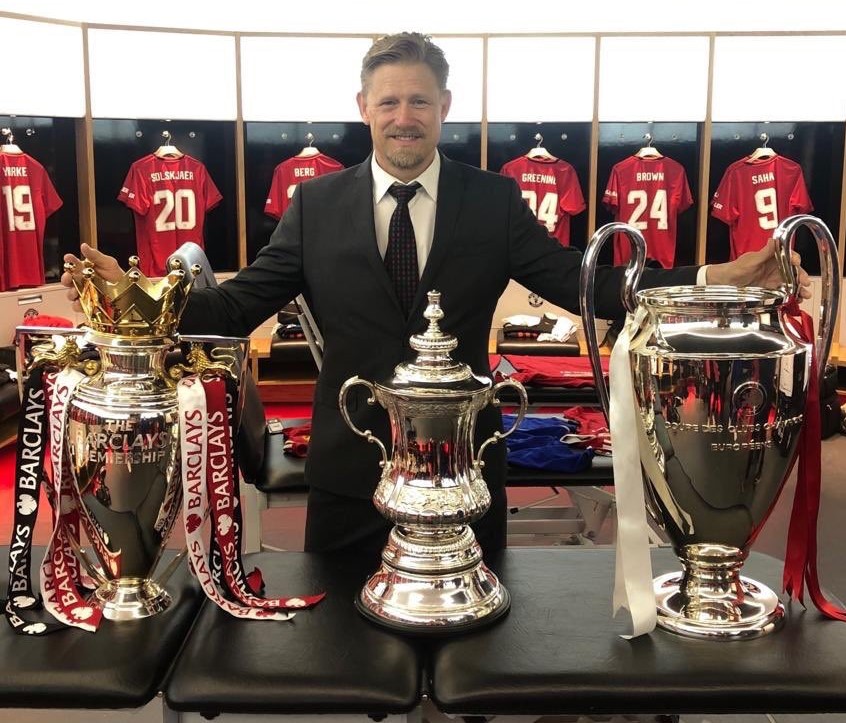 In Schmeichel's 7 year campaign with Manchester United, he made 252 appearances, winning 5 premier league titles, an FA Cup and the Champions League! The best for the best!

The SEERS Therapy 3 Section Couch is a firm favourite in the global physiotherapy market. Other football clubs in the UK that have SEERS couches are Liverpool, Swansea City and Derby County. Couches have also been spotted in major rugby clubs, such as Saracens.

With a strong, rigid  & lifetime guaranteed frame, our Therapy Couches are ideal for manipulative therapies, where sometimes a physiotherapist may have to apply pressure to certain body parts. The couch can safely lift up to 240kg, which also makes it ideal for a varied client base.

The couches in use at Manchester United have a standard head frame, however we also have 'Basic' and 'Plus' head frame variants. The 'Basic Head' design features a shorter head section, with a longer backrest. The 'Plus Head' variants have 2 height adjustable armrests on each side of the head section, which are preferred for some chiropractic/musculoskeletal treatments.

By providing your email address, you agree to receiving our newsletter. For more information, please see our Privacy Policy.

We've selected English in United States for your default language and country.